10th of March, London, it’s 2 degrees outside and a very cold Linda is wearing only a red dress. The rest of us have jackets and scarves but I guess it paid off. The cinematic pre-wedding shoot was screened before they walked into the reception and many guests welcomed the couple during their grand entrance.

Having this pre-wedding shoot was a great way of getting to know the couple and working with them before their big day. We found that they were more relaxed in front of the camera and we as a crew were also more relaxed on the day, feeling more like guests at a wedding rather than staff.

Originally we were going to cut everything a lot quicker and just have a one minute clip with them. The idea was to create something like a perfume advert that would have people in awe at the reception. In the end we decided to use more of the shots and turned it into a 3 min piece.

Here are a few technical details about how we went about doing it:

The close up shots were done with the Canon L 100mm on a 60D, the 1.4x crop factor would help us get closer to the objects, which was helpful to get the magnification desired.

We used a CFL 100W bulb as a key light and an 100 LED panel light for fill. We have a few LED panels of different sizes. We find that if you white balance correctly they can be very useful.

For some of the macro shots, such as the shot with the lips, we got rid of the key light altogether and just used the fill light. This creates the more dramatic effect that we were looking for.

The shots with the car were done with a 60D rigged on the bonnet of the car and a small LED panel inside the car to get some light on Dinesh’s face. We had some problems with the rig attaching to the car properly, so we had to limit the amount of these shots on the day and just went for some safe ones around the parking lot.

The shots in Westminster with Linda were shot mainly with a 5D m3 and a canon 50mm 1.2 to get the extreme bokeh in the background which was part of the reason why we went there. We didn’t have any complications on the day as our footprint was pretty small and didnâ€™t attract too much attention. This is the advantage of shooting with a DSLR as opposed to a full camera which is larger and more cumbersome.

I hope you enjoy it, we intend to do many more of them, the more creative the better! 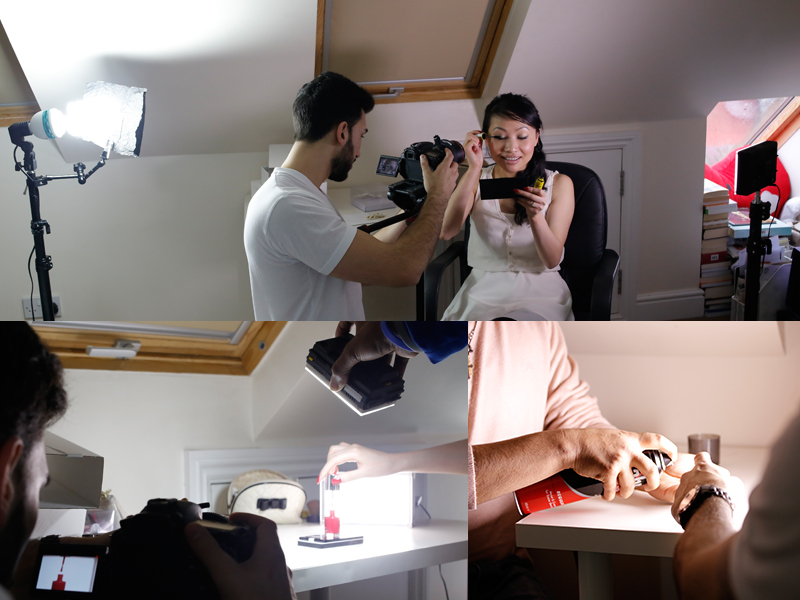 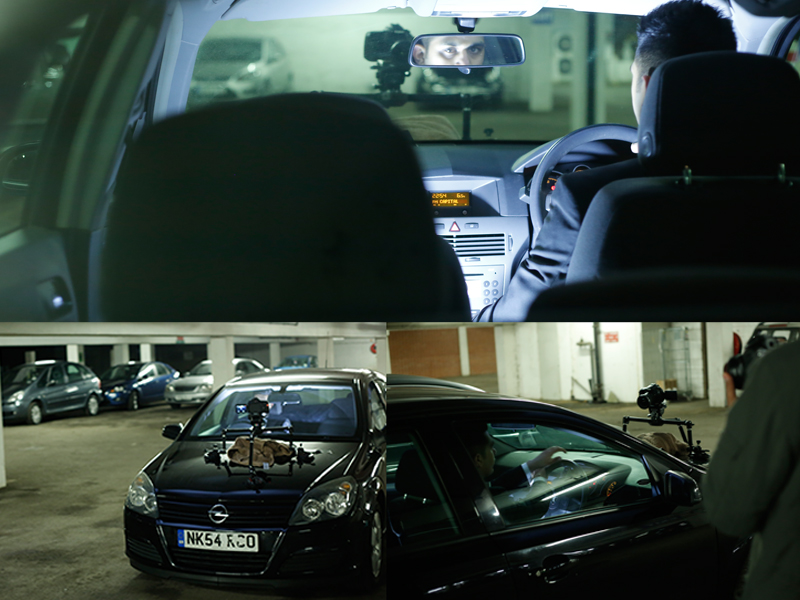