What better setting for your wedding video than the world-famous Pinewood Studios in Iver, Buckinghamshire, located just 20 miles from Central London? The studios were built in the grounds of the beautiful Victorian Heatherden Hall. It wasn’t until the 1930s that construction for this began and it was named Pinewood after the many trees that grew there and because it somewhat resembles the name of the Californian studios. Over the decades Pinewood Studios has been used for the filming of hundreds of well-known films and TV series.
If you decide to use Pinewood as the venue for your big day you will be able to get great shots in the beautifully sculpted gardens, so make sure you allocate some time away from your guest so that you and your wedding videographer have enough filming opportunities. 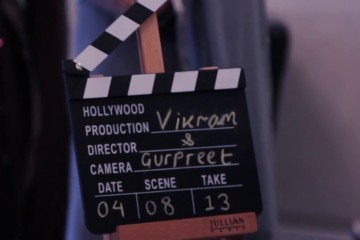